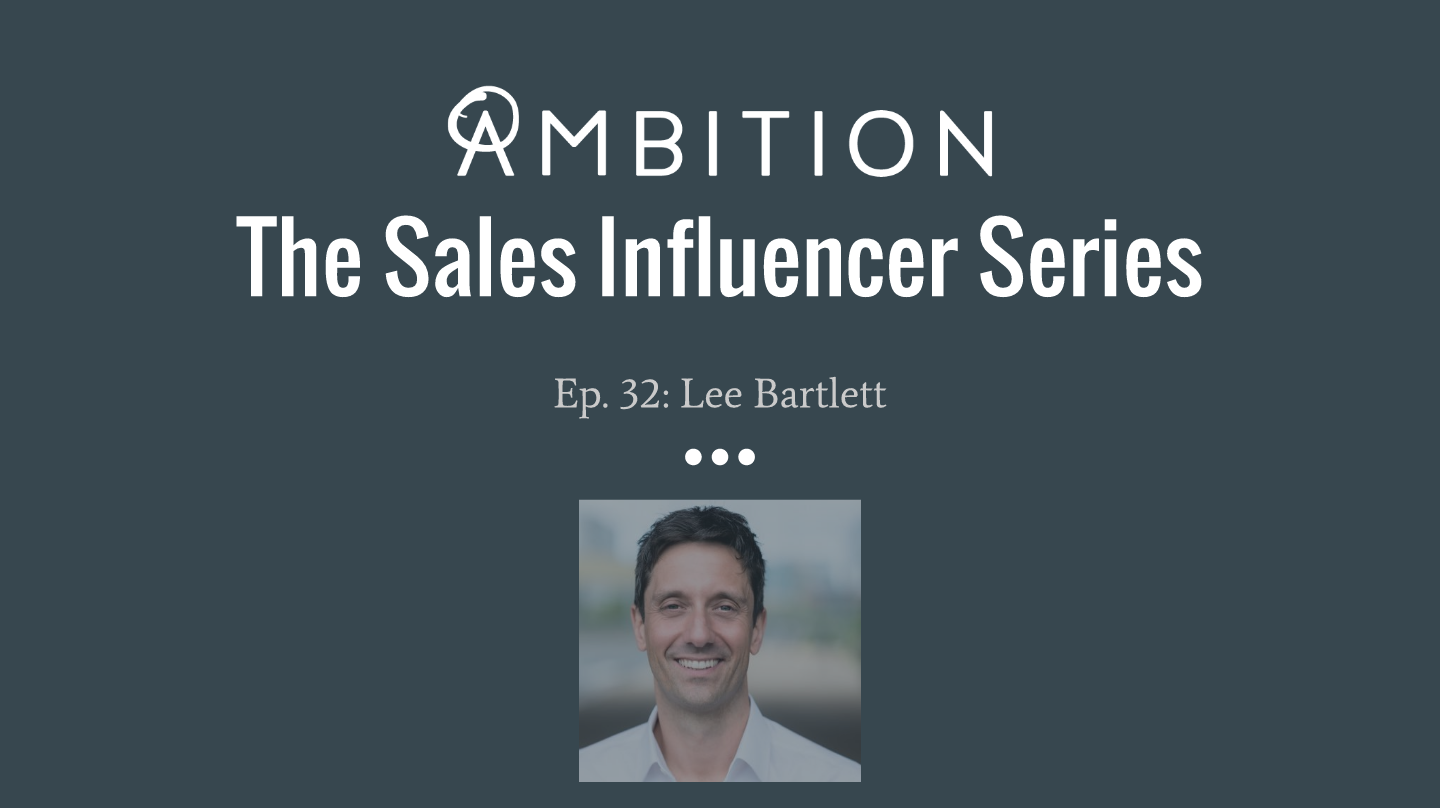 Welcome to Episode 32 of the Sales Influencer Series, a podcast featuring the brightest minds in B2B sales and marketing.

Welcome back. In today's episode, we welcome Lee Bartlett, sales legend and author of The No. 1 Best-Seller. The subject of our interview: the four types of bad actors you find throughout B2B sales teams. Listen below.

Lee Bartlett is a legendary B2B sales professional and tech entrepreneur based out of London, England. His new book, The No. 1 Best Seller, is gaining a rabid fanbase in the sales community. A mix of street-level insights, entertaining stories, and key strategies for B2B sales professionals, The No. 1 Best Seller is the best sales book we've read in a long time. The focus of today's interview is on one key section of the book, profiling the 4 bad actors you'll find on a B2B sales team.

The 4 characters Lee describes in his book, the Meeting Monkey, the Box Monkey, the Leech, and the Confidence Trickster, are common, recurring types of people he's met throughout his career. In Lee's view, there are 2 types of salespeople, those trying to thrive and those trying to survive. These four people thrive in sales organizations with poor governance and essentially are people trying to survive, to the detriment of their fellow sales team members. They are not to be taken lightly.

The Meeting Monkey is someone who shouldn't be in frontline B2B sales, but is. These people frequently set meetings that waste the time of fellow salespeople and turn into the Meeting Monkey picking their brain and sapping them of energy and time. Essentially, Meeting Monkeys want to be taught how to do their jobs and led to success as simply as possible. Lee's strategy for dealing with Meeting Monkeys is, say no to their meeting, request them to discuss the subject immediately, or offer to take a walk and discuss the subject in a time already dedicated to non revenue-generating activity. Meeting Monkeys can be nice people, but they can throw you off your gameplan and leave you unable to execute your time efficiently.

The Box Monkey is someone who goes way beyond thinking creatively and thinks "outside the box" far too frequently. Box Monkeys, like Meeting Monkeys, are procastinators who seek to think out outside of the box as a way of surviving. In the process, they'll hold time-consuming meetings that offer no real value to their peers. They are trying to position themselves politically, as opposed to doing their job.

The Leech is an average-to-slightly-above-average performer who lacks the killer instinct to become a top performer. This person is someone who targets top producers, befriends them or sidles up to them, and then tries to leech off their success. They're always there to help - but with a political agenda. Lee had one Leech request to attend his meetings for a massive deal (to learn, ostensibly), only to come back and have his boss already know what happened in each meeting. The reason: the Leech would present information to the boss as if it were his own contribution. When the deal was closing, he requested an inordinate commission percentage, even though he had done nothing to help close the deal. The Leech is a very astute person, so what he or she is doing is positioning himself or herself to their best strength. They're cool. They're likeable. They have the ear of management because they're so popular. But they've cost Lee more money than any other character in the game. You have to set clear boundaries within your working environment regarding the Leech.

The Confidence Tricker is Lee's most hated character. This person is someone you'll have a cordial conversation at the coffee machine with - but two minutes later, they're calling into your client. They have no moral compass and they frequently bend or break the rules of engagement to get an edge. They're usually good salespeople who have bent management to their will because they're high performers. But they don't respect other people's boundaries. In one example, a Confidence Trickster convinced Lee's manager to let that person start coming into deals in Lee's territories (because they were an elite salesperson and could ostensibly help close the deal). Lee has had nuclear-level wars with Confidence Tricksters. But his best strategy for dealing with them is just ignoring them and refusing to let them hurt his focus.

Lee's advice for handling bad actors when management or leadership won't handle them is to build in mechanisms that let him handle the emotional baggage. The best things managers and salespeople can do to avoid bad actors is to refuse to let them play their game and keep people in their lanes, if you're or a manager. Or, if you're a salespeople, emotionally disconnect from them and stay focused and busy.