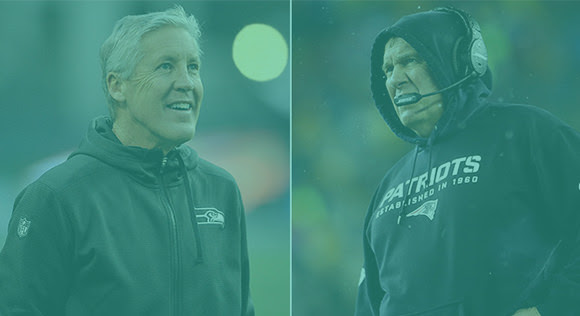 Another NFL Season is in the books. Enjoy this fun analysis of 9 NFL Head Coaches - using the Ambition Sales Management Platform.

Enjoy this fun look at the NFL coaching elite - through the lens of Ambition.

Ambition began with a singular vision - bring the excitement and energy of sports into modern call centers and sales bullpens.

After 5 years and counting, the verdict is in:

The positive responses from sales organizations like Wayfair, Outreach, Cloudinary, Kenco Group and more operate as our 12th man. And that's the very same principle we apply as a fully-loaded sales management solution.

Want to be a great coach? The best codify, implement, and automate the above systems into your sales culture, go-to-market strategy, and daily workflow.

To illustrate our point - we put 9 NFL coaches into the Ambition ecosystem - with performance metrics corresponding to their real-world success. Read the (tongue-in-cheek) writeups below.

Major Weaknesses: Imagining the NFL's winningest coach as a sales leader is tough. For starters, Belichick:

Major Strengths: But wait. All those characteristics also signal:

X-Factor: The corporate espionage Belichick would undertake to help his sales team win deals and steal clients. Laws would be broken. 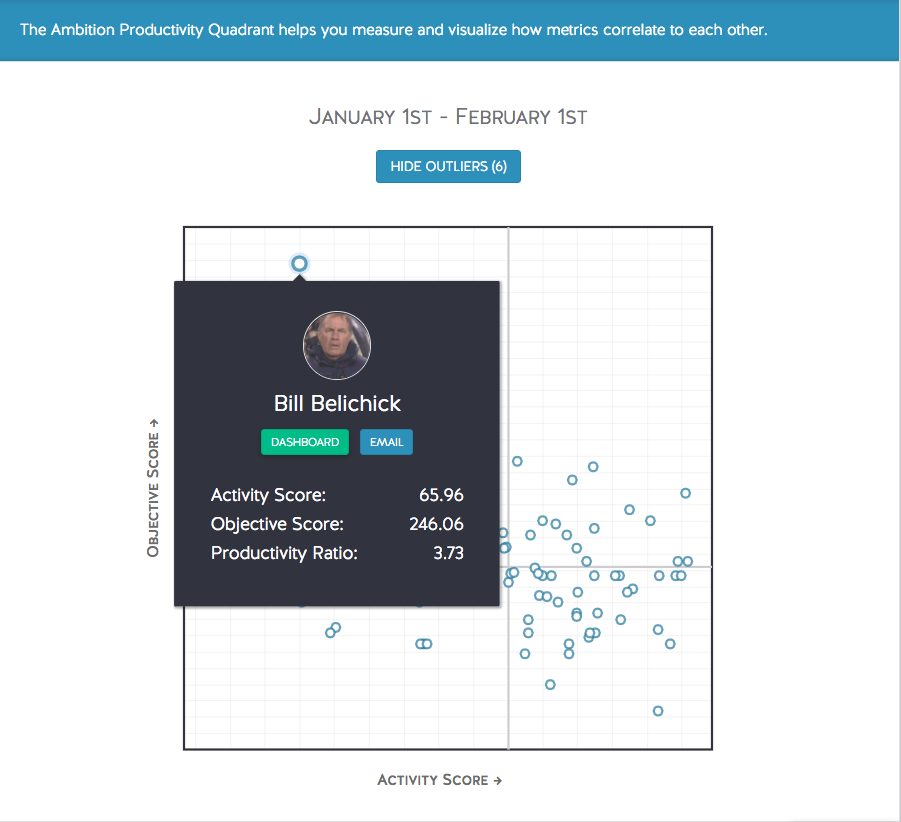 We picture Pete Carroll's Ambition Profile looking similar to this:

Major Weaknesses: The most surefire signs a sales leader has lost his or her edge?

While the team collapses in on itself like a dying star.

X-Factor: Who are we kidding? We'd kill to be on a Carroll-coached sales team.

Major Weaknesses: Biased Steelers fan here. This will be brief.

X-Factor: The Steelers fanbase still sleeps on Tomlin. The chip on his shoulder equals the size of Bill Cowher's jaw.

X-Factor: Check out these December numbers - McCarthy is a remarkably bland, consistent winner. 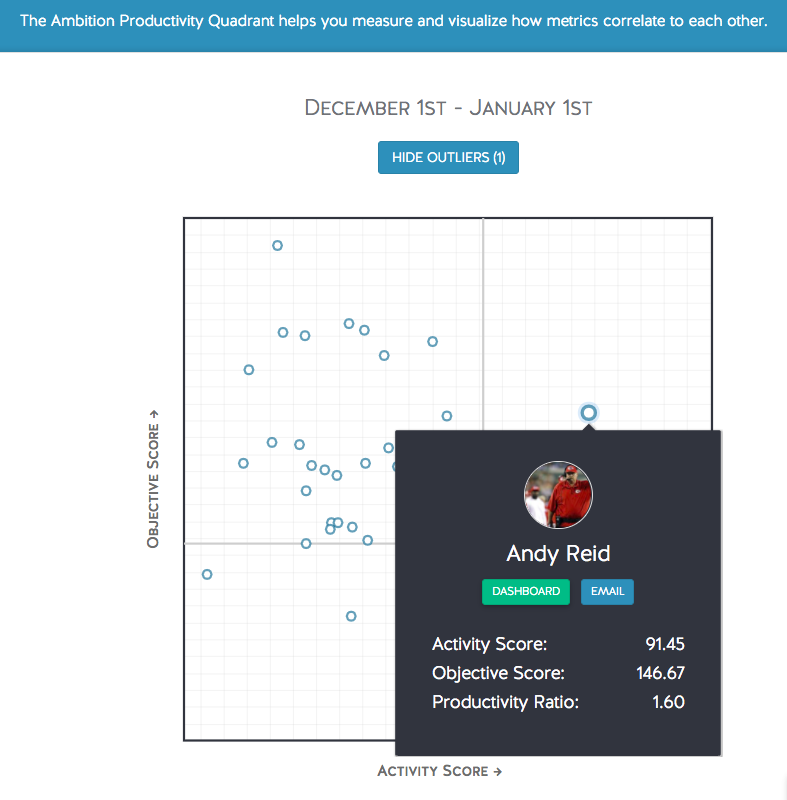 There's only one KPI for Jason Garrett.

The only recent historical data sets for Jon Gruden are a) his salary; b) Q rating with the Black Hole. 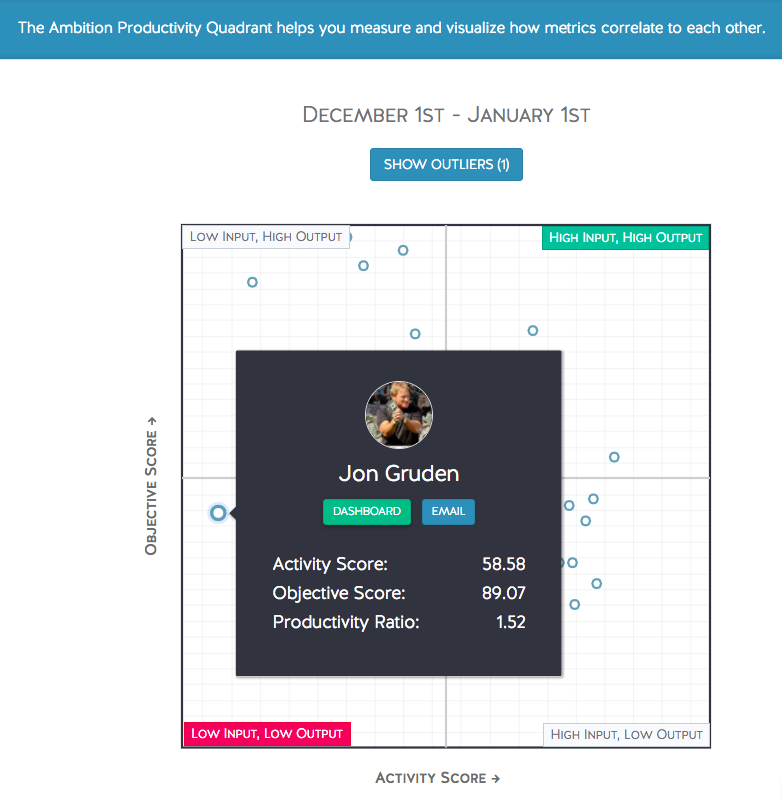 Major Weaknesses: The patron saint of winning when it doesn't matter.

Major Weaknesses: You know what - let's skip the bullet points and just show you the chart.

X-Factor: We got nothing.

I sat down with the sales coaching and gamification masterminds helping their teams navigate a challenging sales environment.