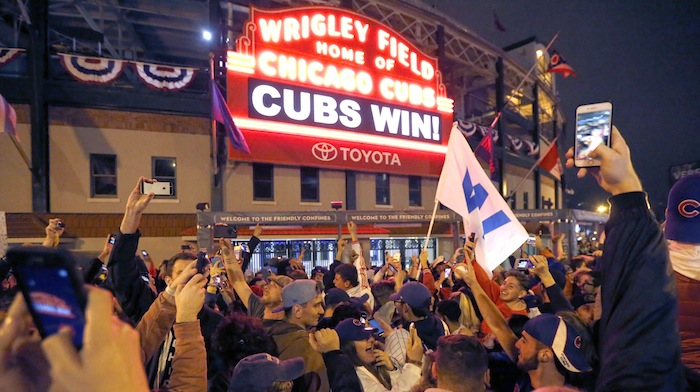 Earlier this week, we shared 5 epic halftime speeches from top sales coaches. Today, we're sharing 5 famous 2nd half comebacks from the sports world to inspire your sales team to greatness.

It's halfway through 2015, and whether you want to or not, as a company leader you're going to be conducting a mental and/or literal audit of how your team fared in this year's opening half. For the fortunate souls among us, this will be a period of positive reflection. An opportunity to take a breath and bask in the forward advances your team made over the last six months.

The less fortunate souls among us, on the other hand, are wishing that the halftime break wasn't just a team sport institution. This article is for you.

But in the words of Dumb and Dumber's Lloyd Christmas, there was still a chance.

The 1990-91 Pittsburgh Penguins began their season with a snowball's chance in Hell of winning the Stanley Cup. A franchise that had never been to the NHL Finals and failed to make the playoffs the season prior, the Penguins were a longshot to hoist the Cup before the first puck even dropped. Then they lost All-Millennium superstar and franchise cornerstone Mario Lemieux for the first 5 months of the season.

Unsurprisingly, Pittsburgh opened the opening half of the season lackluster fashion, going 12-16-3 over the first 31 games, and sitting 9 points out of a playoff spot midway through December.But the Penguins had three aces up their sleeves: They were well-coached (by hockey legend "Badger" Bob Johnson), well-managed (by 1980 U.S. Men's Team Assistant Craig Patrick), and had an emerging hockey icon returning to their lineup for the 2nd half of the season.

What happened? Lemieux returned. Another future hockey icon -- 19 year old Jaromir Jagr -- began to emerge. Savvy late-season additions of future Hall of Famer Ron Francis and defensive cornerstone Ulf Samuelson added formidable firepower to the Pens lineup. Pittsburgh entered the playoffs on a tear, winning their division and finishing third in the Wales Conference. The rest, as they say, is history. All of which goes to prove that -- in sales -- your sales team may be just around the corner from making the leap.

Even if 2015 started out rough, a well-coached, well-managed sales team capable of bringing elite elite sales talent can make tremendous strides in a very short period of time.

The 2000 Baltimore Ravens did not score a touchdown in October. A month where they played 5(!) games. Hell, they started the season with Tony Banks at Quarterback.

And after a 9-6 loss to the arch-rival Pittsburgh at home in Week 9, the Ravens found themselves clawing to stay above .500 at 5-4. So what happened between then and their Super Bowl victory 3 months later? The Ravens learned to excel at winning ugly.

After dropping his opening start against Pittsburgh, replacement QB and patron-saint of "game management" Trent Dilfer did what talent-challenged championship QBs do best -- he let RB Jamal Lewis and the Ravens' terrifying Defense win the games, while making sure he didn't lose them.

Let's turn to the Ravens defense, a living shrine to the mantra, "Defense wins championships." Only a team that deployed legends everywhere could be this good. Ray Lewis, Rod Woodson, Tony Siragusa, Sam Adams and Peter Boulware spent the 2nd half of the season invading backfields and ballhawking every pass that crossed the line of scrimmage like their very lives depended on it.

The payoff: An NFL record fewest rushing yards allowed in a season. Consistent rankings as one of the top 3 greatest defenses of all-time. And the Ravens' very first championship since their return to Baltimore. 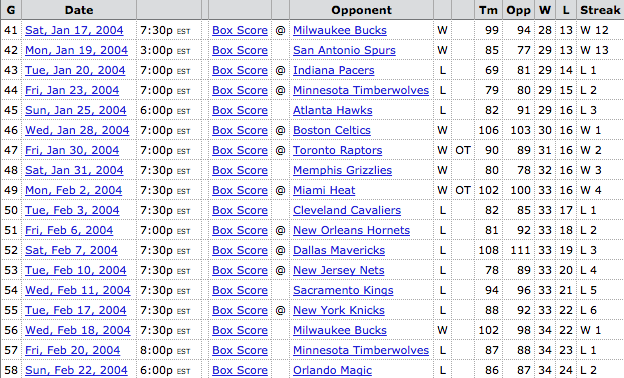 The unlikeliest NBA champion of the new Millennium (slightly edging the '10 Mavs) suffered losing streaks of 3 (twice), 4 and 6 games during the regular season. For the love of God, they dropped 3 straight games in the Eastern Conference Semi-Finals.

58 games into the season, the Pistons were an uninspiring 34-24, losers of 11 of their last 16 games, and all but written off as a viable championship contender. What led their late season breakthrough? Chauncey Billups, Rip Hamilton, Tayshaun Prince, Rasheed Wallace, Ben Wallace. A collective that screams out one word: Toughness.

The Pistons were the grittiest team in the NBA by a long-shot. Tough enough mentally to bounce back from every setback they encountered. Their Finals opponents, the Lakers, featured 2 of the millennium's best 3 players, in their prime, and the Pistons dispatched of them in 5 games. The 03-04 Pistons carried the mark of a champion -  though you would never have guessed it 5/8 of the way through the season.

We covered the 2008 U.S. Men's Team's 800 Freestyle Relay in our 10 Epic Videos to Inspire Your Sales Force post. But, my God, it's worth revisiting.

For whatever reason, 90 percent of reader feedback on the post zeroed in on this video. Close college friends - who couldn't care less what I do and, good or bad, have never commented about a blog post before - were thanking me for profiling this clip.

There's something about this clip that digs a little more deeply into (American) viewers' psyches. And it has a 2nd half comeback for the ages. At gunpoint, If I had to choose one clip, and one clip only, to fire up my sales team -- hands down, this is it.

The Houston Rockets -- giving you the most electrifying single-game comeback of 2015. If you're a Clippers fan, please avert your eyes.

That's how the 5 teams profiled made their historic comebacks. The year is just halfway through - there's still time to make 2015 your championship year. Thanks for reading.