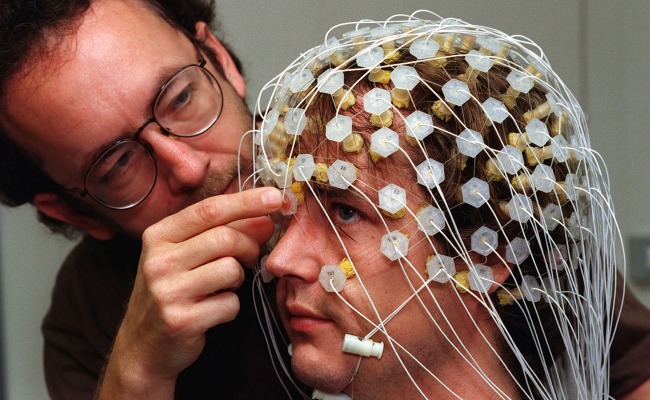 Improving Sales Motivation: Q & A with a Neuroscientist

Improving Sales Motivation: Q & A with a Neuroscientist

We interviewed Neuroscientist Doug Taylor, M.D. about the psychology behind sales motivation and what improves focus in employees. Dr. Taylor is beginning his neurosurgical residency at Semmes-Murphey, the major neurosurgery group in Memphis. We asked him about the psychological and physiological forces behind motivation, stress, competition, community, and productivity. His detailed responses are below.

The Psychology of Sales Motivation

Thanks for joining us Doug--before we get into the actual Q & A, could you please share with our audience a little bit more about your background?

July 2014, will be the start of my residency at the University of Tennessee, Department of Neurosurgery. For the next 7 years I will be trained by the UT affiliated neurosurgeons of Semmes-Murphey, the major neurosurgery group in Memphis.

Question #1. Explain the mental tie in the human brain between competition and motivation.

So, breaking it down to the most basic level: there are chemicals called neurotransmitters that get relayed between neurons and affect how we feel. There are multiple neurotransmitters, such as norepinephrine, dopamine, and serotonin, and these things all affect our mood.

For example, when our body releases an over-abundance of norepinephrine, this can result in anxiety. People with decreased levels of serotonin can have depression.

Dopamine is the major chemical that affects the reward pathway in your brain. Dopaminergic neurons travel from the ventral tegmental area in your brain to innervate the nucleus accumbens, which is the pleasure center of your brain.

These are part of the Limbic system which is composed of the anatomic structures in our brain that control behavior and emotional expression. Motivation is said to be driven mostly by human utility. Our animalistic nature and self-serving survival comes into play. Motivation has been defined as a set of processes where organisms regulate the probability, proximity, and the availability of both internal and external stimuli.

There are different phases of motivation that have been described: the consumatory phase, where the organism interacts directly with the stimuli; and the instrumental phase, where the organism regulates the proximity and availability of the stimuli. Second, organisms use directional aspects to direct toward or away from the stimuli, and activation aspects which control either the vigor or persistence of the behavior. To tie it all together, competition and motivation are driven by personal utility. When you win, that feels good, and the pleasurable feeling comes from the neurons releasing dopamine to the nucleus accumbens in our limbic system.

Question #2. How does positive reinforcement work on a neuroscientific level?

Then there’s another man named Skinner, who described operant conditioning, which basically means that behavior is stimulated by external rewards. For instance, you can get rats to self-administer amphetamine because it increases their dopamine levels, etc.

In addition, a man named Weiss developed the dopamine hypothesis for reinforcement. Basically it says that dopaminergic neurons are a critical link between the brain’s natural reinforcement system which developed to reinforce the immediate effects of natural stimuli, such as food, sex, and water. So this essentially explains positive reinforcement - when an action causes your dopamine levels to increase, that behavior is reinforced.

Question #3. How do logical and emotional appeals work on a scientific level?

As far as how using logic or emotion affects another person’s behavior, I think it depends on your audience. Ultimately I believe it would be best to incorporate a little bit of both. Which is why, say, pharmaceutical sales differs from automobile sales.

Of course. For me as a doctor, I rely highly on logic through evidence; evidence-based medicine is what everyone should practice in today's world. But with pharmaceutical sales for example - if that doctor really wants to do what’s best for the patient, which I believe that most do - then emotion toward the sales representative wouldn’t have a huge effect.

I do think it's possible that emotional appeal can come into play when starting a patient, not adequately treated, on a new medication. The representative with a close relationship to the doctor may have an advantage, as it's feasible that the doctor may be somewhat emotionally influenced because of his friendship.

Talking to patients, in terms of treatment, they teach you in med school that you need to involve the patient with their own care. So it’s always good for us to try to explain to our patients, logically, the extent of their disease and the options for treatment. 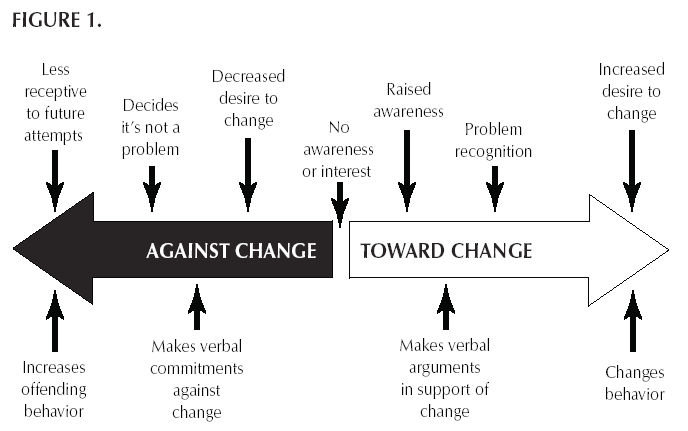 There is a little bit of an emotional appeal--you want to include them in the decisions and support the autonomy of the patient while at the same time being empathetic, but also truthful about their situation. Ultimately the patient has control of the therapy they recieve. It is important that facts are fully disclosed.

Some patients will ask the doctor “what would you do in my situation?” Some doctors don’t feel comfortable answering, but I think its important to be truthful and use your judgement to communicate the best advice to the patient.

Something else to add: from a psychiatry standpoint, physicians have certain techniques that they use for people with depression or drug abuse, which aim to change patient behavior and thoughts, which can be hard to do.

They use what is called cognitive behavioral therapy or motivational interviewing, which is really just using a collaborative approach with the patient to persuading them to change, as I described earlier.

Question #4. How does the brain respond to stress in the workplace?

It kind of depends on how much stress or what type of stress is occurring, but I think that stress in general can be both positive or negative. The key is finding the perfect balance in the risk-benefit reward relationship. For instance, I talked before about how increased levels of norepinephrine cause anxiety. However, if you have a certain deadline or a certain goal you are trying to achieve, a higher level of norepinephrine and dopamine could possibly increase your mood and make you work harder to achieve that goal by inducing all your faculties and expending the right amount of energy for personal gain.

I think the ideal would be to find the perfect balance- of not having too stressful of an environment, but definitely a small quality of stress to make you work harder and smarter.

Having a lack of motivation or incentive, lack of goals and lack of structure. I think it is logical that the brain would require these things to combat apathy. In some ways, the brain needs structure and goals, something to work towards. If you don’t have structure and goals, it is much, much easier to become apathetic.

Take for example, someone who has just completed med school and has a month before graduation -- they often really don’t have much going on in terms of classes or residency. They’ve passed all their classes, accomplished their goal of graduating. I can remember feeling a real sense of apathy and lack of motivation in general during that time, because I had no structure for my time and no immediate goals during that short period. Structure and goals are two very critical things you can instill in someone to combat apathy.

Question #6. How do community dynamics stimulate the brain?

Interestingly, you can see where neurotransmitters work with the use of imaging called functional MRI which looks at different areas of the brain that are activated in different situations.

Using this imaging, when people work in collaboration with others in a community, a part of the brain called the temporo-parietal junction is activated. Those who commonly work in collaboration show greater anatomical volume of that particular area. This is an area known for it’s social cognition.

Interestingly, there’s a phenomenon that’s been described as the “social loafing phenomenon.” In short, it states that the greater amount of people in a group, the decreased amount of effort someone is going to put into a certain project.

People ultimately want to maximize their personal utility, so when they’re working in a large group they feel a decreased personal utility maximization and are thus demotivated, because as group size increases, you have less impact on the outcome.

As far as competition goes, when the competitor shows a higher degree of performance, then it actually automatically enhances your performance as well. Another phenomenon.  Interestingly, this is somewhat related--I was looking at research productivity among neurosurgical programs across the nation.

We looked at multiple bibliometrics including the h-Index, the measure of academic productivity based on publications and citations, of every program in the nation over the past five years, and we also looked at departmental equality of publishing, analyzing the faculty contributions within a department.

We used these metrics to see what drove the quality or quantity of research. Interestingly, what we found is that throughout the nation, when we broke it up into regions, the West had the most productive programs.  While this region was composed of the smallest number of programs, they had the largest median number of faculty per department. They also had the best representation of publication equality within a department.

I tried to think why this would be. Is there a structural difference in these programs? Or is there some other motivating factor? Browsing through the literature I found papers published showing that in academic centers in the West, surgeons were highly incentivized to do research; the more papers they published, directly correlated with an increase in salary.

Also, the West was shown to recruit a high number of MDPhD residents. What that does is allow them to acquire more government funding because the NIH is more likely to allocate funding for PhDs than non-PhD neurosurgeons. In essence, the social loafing phenomenon indicates that individuals optimize personal utility while working in small groups, though there are ways to overcome that trend by providing the proper incentives for the individuals in a larger group.

Special thanks to Doug Taylor for appearing. We hope you learned some new tactics to implement and have a better overall understanding of employee motivation.

For further reading, check out our white paper, The Ultimate Toolkit for Your Salesforce, co-authored by Behavioral Psychologist Chad Roedder, Ph.D. Available for free download in the Ambition Academy.