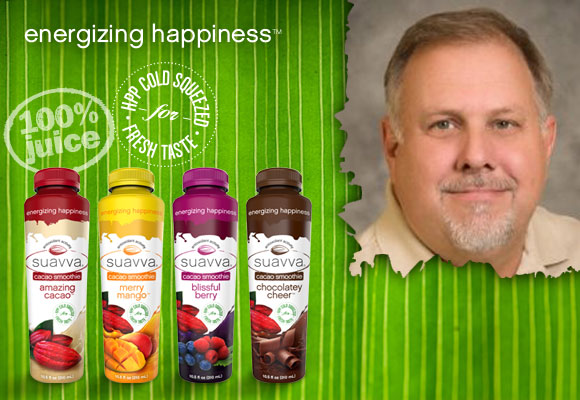 For this week’s Guest Blog Post, we're talking with Chris Boudinet, who has spent the past 35 years serving leading sales forces and operations for Heinz, CrossMark, Laura's Lean Beef, Meyer Natural Foods, and Suavva. The premise of our interview: ten questions on what makes a great Sales Manager in 2014?

I asked Chris to share his insights about what makes a good company culture, how to more effectively motivate employees, and the importance of transparency and accountability amongst a company’s different departments.

1. How have you seen the landscape of sales force culture change over the years?

It’s changed a lot. Because of technology and quicker access to information, the whole industry is much quicker. There was a time when both employee and employer were much more loyal to each other. You went to a company, they put a great deal of effort in training you, and you cultivated a long career at that company.

Today, you have a younger generation that is much more mercenary, as are the employers. The demands for performance are greater and there is less willingness to cultivate salespeople. Employers and employees both want faster and quicker results. The employee is looking for more immediate gratification, and the employer is usually willing to give it in the form of greater compensation, provided the salesperson is delivering.

In general, there’s less time to succeed, so you want to measure quickly and evaluate quickly.

The best sales manager I ever had was focused on problems, and was very solutions-oriented. What I mean by that is, he viewed problems as a sales opportunity.

He thought you should run into problems because they were where your best opportunities were to make a great sale. Salespeople tend to grab the low hanging fruit, but the big money and opportunity were in the very difficult things from which other salespeople tended to shy away.

I also had another great manager that was really good at disarming his sales force employees. He already knew all the answers but would play dumb and ask people to explain things to him. By having his salespeople teach him, he was in essence teaching the salespeople to articulate their thoughts.

3. Alternatively, what are some of the shared traits of ineffective sales managers?

Number one: they are all about themselves, so they take credit for everything.

Number two: They generally give poor direction and lack the patience not only to teach their employees, but to explain the result they are looking for.

Number three: They don’t have the patience to let other people fail. It has been my experience that what eighty-five percent of salespeople learn comes through failure. Not allowing employees to fail by micromanaging them prevents them from learning.

One of the wisest things I ever heard was that everyone fails, but successful people don’t fail twice in the same way. They learn from their mistakes.

4. From your experience, on balance, which management approach proved more effective for motivating a struggling employee: Positive or Negative Reinforcement?

However, not everyone wakes up everyday driven, so fear of failure is equally important. What the sales manager wants is to tap into the employee’s competitive drive, so the key is to find out what makes that employee tick--is it fear of failure or drive to succeed? Generally, I have found over the years that it’s a little bit of both.

5. What’s the most important thing to a sales force achieving long term success?

Well, the first thing you need is to have the best product at the best price. *Laughs*

However, 95 percent of the time that is not the case. Beyond that, I would say there are several keys to long-term success that are predicated upon the salesforce.

Number one: A sales force that listens and learns and understands the customer is going to have the best long-term success. A salesperson needs to learn the customer’s business so they can add value when they call on the customer.

Number two: Understand the customer’s business so that your product becomes an integral part of that business.

The more intricately you know a customer’s business, the more you understand their organization, the more opportunities you’ll see to help them not just as a salesperson, but as a partner. The sale should become collaborative and the sales representative should think of himself as part of the customer. He is not an outsider trying to sell a product, he is a partner who is working together with the customer solve their problem.

In this way, you turn the initial sale into a long-term relationship. Ultimately, you want the customer to see you as a partner, not just a salesman.

Complacency. The main thing that I have seen that hurts sales forces is when the sales manager starts to ignore data and accepts the sales reps’ reasoning for failure.

Keep in mind that salespeople are selling all the time. Sometimes it’s easier for the salesperson to sell to his own organization than to the customer. A wise boss once told me, “numbers don’t lie, but salespeople do.” *laughs*

7. How did you get employees to buy into using CRMs and other data tracking systems?

In order for a CRM to work, every employee has to want to use it every day as the authoritative data. I used several CRMs over the years, and with each one, I always did my best to make the CRM be relevant to the sales force and what we were trying to accomplish.

As a sales manager, you really need for a CRM to directly reflect what you measure and look for in your employees. The more the employees feel that the data is actually relevant to them doing their job, the more naturally inclined they are to utilize it. If your sales reps feel that they need to use their CRM to do their job effectively, it’s very easy on you as a manager. Obviously no CRM is perfect, but a really good CRM becomes part of the culture.

The biggest challenge that I ever had with a CRM we used occurred when my employees felt that the data tracking the CRM measured did not plug in with the business model we followed. My salespeople would get frustrated with how their productivity was being measured, because the data we plugged into the CRM didn’t quite reflect the way we did business. In that scenario, it was akin to trying to put a Chevy engine into a Ford. *Laughs*

8. What were the shared traits of the best company cultures that you experienced?

The best Sales Force I ever had also had the best company culture. This particular sales force, which I actually inherited, was essentially a great team of sales people who were very seasoned and highly competitive.

They not only wanted to be better than our competition, they pushed one another to constantly improve so they would not lose to our competition.  My role with that sales force became almost more of a mentor and sometimes referee, than a manager.

I want to emphasize that the competitiveness and team-mentality of that particular company culture were incredibly important to our success. When a company has a management team where all the departments are working together, instead of being silos, it is going to have a great culture.

You want your employees to communicate effectively not only within their own department, but with other departments in your company. If a company has a bunch of silos, the tendency is for the individual departments and teams to inhabit the mindset, “I’m going to defend my silo.” That mentality is detrimental to company culture and it prevents companies from operating as effectively as they should.

9. What were the shared traits of the worst company cultures that you experienced?

The worst cultures occurred in companies where different departments were all silos that were so tight, there was zero dependency and the employee only understands his or her job.

This creates an “I did my job” culture. When the question is asked, “why are we failing?” to five people, the common answer is: “I don’t know. I did my job.”

10. If you could give a newly minted sales manager and sales rep. one piece of advice, each, what would it be?

I actually have three pieces of advice for each of them.

For the sales manager: One: Don’t get outworked. It’s all hustle. Two: Focus on the details. Three: Look for solutions for problems.

For the rep: One: Listen more than you talk. Two: Find a need. People don’t buy wants, they buy needs. Three: Sometimes you have to turn a want into a need.