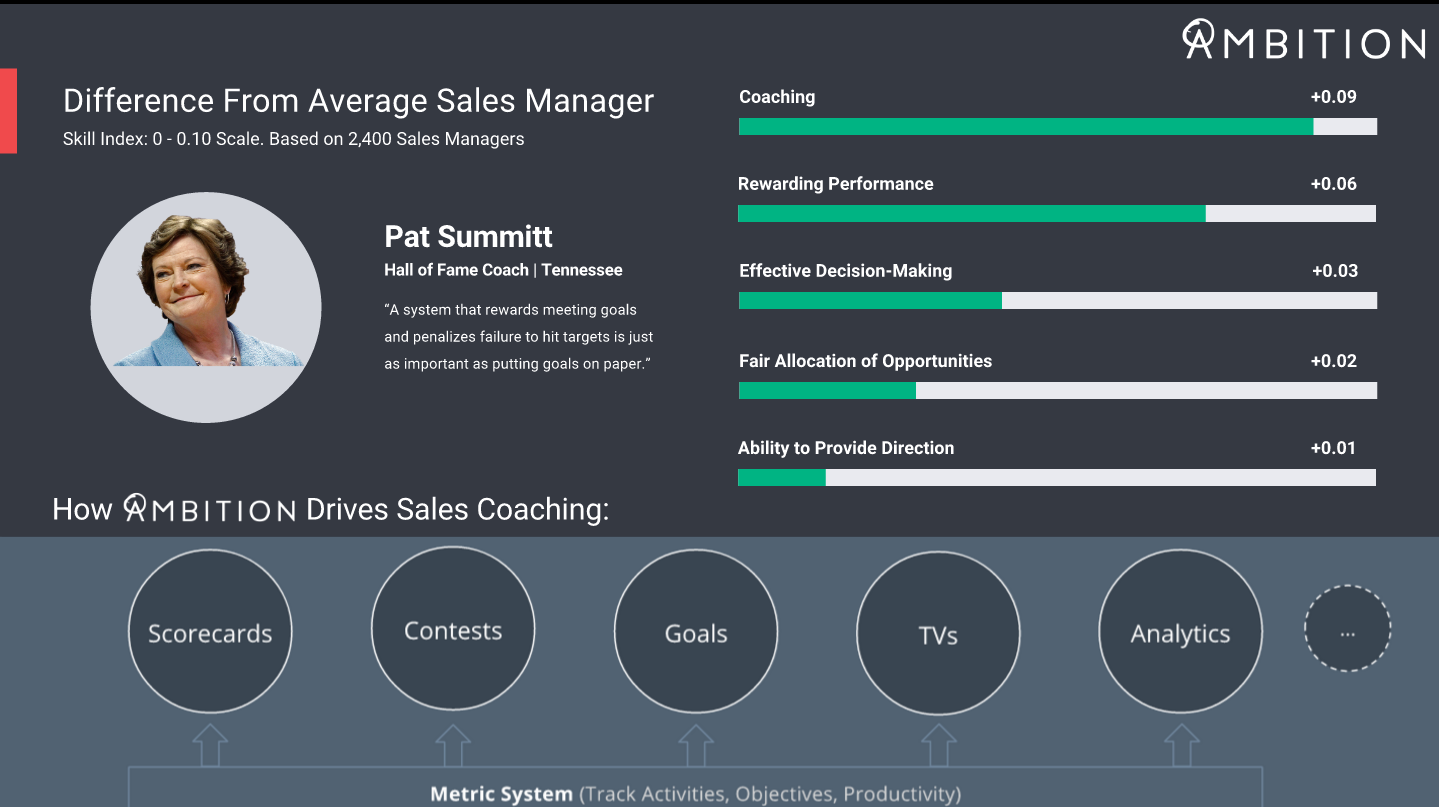 Ever wondered how actual sales leaders use upcoming 30 minute webinar, as Fitzmark Director of Strategic Development Trent Roberts shows how he uses Ambition to:

Fitzmark has been an Ambition client for nearly 2 years and currently has 42 active users on Ambition. Each user visits his or her Ambition account 220 times per month, on avarage.

Last year, Fitzmark was named one of Inc. 5000’s fastest-growing private companies in America for its growth in number of employees and its 258% 3-year growth in revenue. It was also included in Inc. 5000’s Top Indiana Companies list at #17. FitzMark was also named as one of Indianapolis’ top 25 fastest growing companies for the second year in a row.

Want to see how they use Ambition? Register now. See you on Thursday, March 30th at 1pm ET!

Register for How Fitzmark Uses Ambition 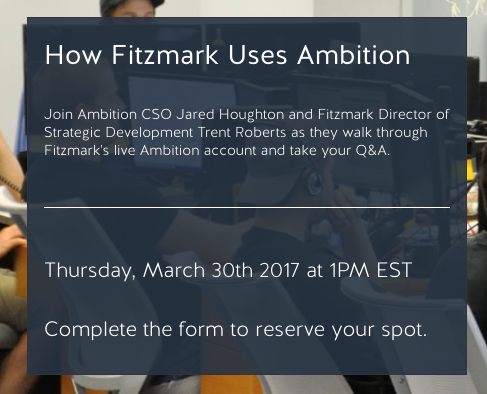 I sat down with the sales coaching and gamification masterminds helping their teams navigate a challenging sales environment.